“AS A SEED SAVER I CONTROL THE FOOD, THEREFORE IF I CAN FEED YOU, I CAN LEAD YOU” 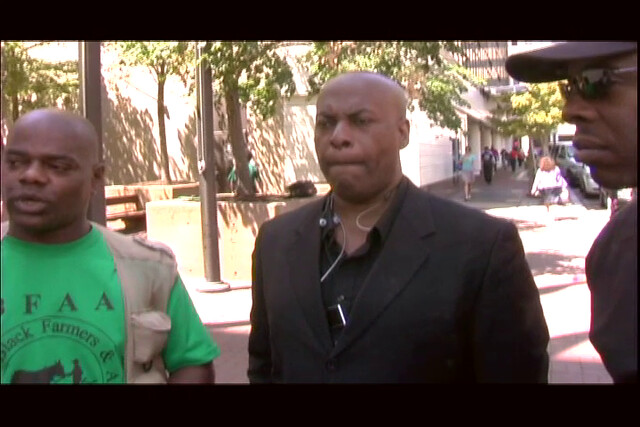 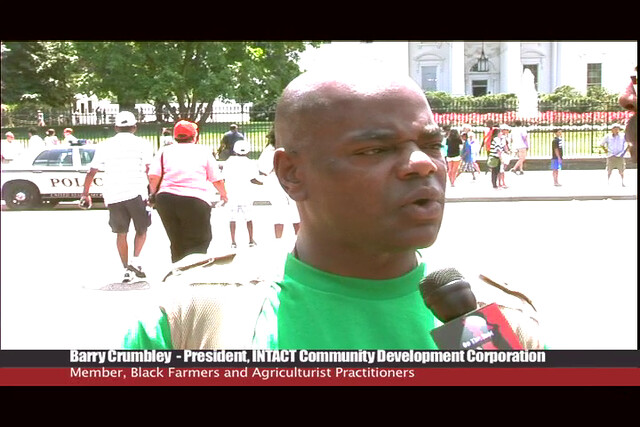 “Brother Barry” as he prefers to be called was born in Harlem, New York.  While in the 11th grade he was accepted into a local community college as an early admissions student where he studied data processing and computer programming. After completing his high school studies, he began working for the New York State Office of Court Administration and he has also worked for the NYC Transit Authority as a Property Protection Agent; security and loss prevention. After making an early career change to study mortuary science which led him to work for the New York City Office of the Chief Medical Examiner and in the pathology department of two of the larger hospitals in Manhattan, this developed into twelve years of extensive experience in performing autopsies, general mortuary care taking, and funeral home operations.  He has also studied several ethnic, spiritual and religious customs related to death and the dying process and has been awarded certification by The Health-Care Chaplaincy of New York in... “Matters of Death and Life”.

In 1998 he founded I.N.T.A.C.T. ™. “Individuals Networking Through Active Community Teamwork” a Mount Vernon, NY based not-for-profit community development corporation. INTACT’s vision is to encourage the collective teamwork of individuals, businesses, faith-based organizations and governments worldwide, networking together for the socio-economic improvement and well-being of urban and rural communities by creating a more community-reliant, and communal interdependence within a holistic environment for the families and children who live in them.  He is President of WORDSTOCK - INK, Inc. a New York based literary and cultural organization of writers, artists, and educators dedicated to promoting poetry and performing arts through workshops, literary forums and showcase performances.  He was a founding executive board member of the Opus 118 Music Center (East Harlem Violin Program) and formally an advisory board member for the Bellevue Hospital Occupational and Environmental Health Clinic.

Barry’s family background shows a history of southern landowners, and civil rights activists.  It was only natural for him to continue in this tradition and has trained as a Community Land Specialist (CLS) throughout the United States and Mexico. The CLS project is a program of the Center for Minority Land and Community Security, Tuskegee University, Tuskegee, AL in conjunction with the Land Tenure Center, University of Wisconsin-Madison, Madison, WI.  He is a NY Master Composter Educator and is affiliated with the Food Family Farm Company, established to bring farm fresh, non-genetically modified seeds, plants and food to their New York State Certified Farmer’s Market. Some of Brother Barry’s national affiliations include the B.F.A.A. Black Farmers & Agriculturalists Association, headquartered in Tillery, NC, for which he is a New York and New Jersey State Representative.  He is also a member with the Federation of Southern Cooperatives.  In 2002-05 he had the good fortune of being responsible for managing a thirty (30) acre farm in Southern New Jersey.  During the years 2008-2012 he was involved with the CSD - Commission on Sustainable Development, at the United Nations, and during the summer of 2010, was chosen to be a member of a New York delegation that traveled to Cohabamba, Bolivia to show solidarity on behalf of American Black Farmers and landowners at the…“World People’s Conference on Climate Change and The Rights of Mother Earth”.   In the Fall of 2010, he was asked by the City of Mount Vernon School District to consult on, and was named the Master Gardener for a proposed USDA school food & garden grant.  Spring 2011-Fall 2013 he consulted on several large-scale urban farming projects in Jersey City, NJ. in conjunction with F.O.T.L.Y.C.   Friends of The Lifers Youth Corps., an organization charged with providing formerly incarcerated “Returning Citizens” (adults and juveniles) to society with housing, technical training, job skills, and mental health services.

Brother Barry’s desire, passion and unyielding commitment to community and collective work coupled with his uncompromising enthusiasm for helping individuals led him to volunteer with the American Red Cross in the Greater New York Region since 1993, where he is currently assigned to the “Disaster Planning & Response” department as a Government Liaison where he maintains relationships with the New York City Office of Emergency Management and all federal, state, tribal and local government authorities and agencies as well as other entities.  Additionally, he is an active member of the Westchester County and New York City Medical Reserve Corp. and formerly a member with the United States Civil Air Patrol; NYC Group, where he held the position of Emergency Services Officer.

After many years of being taught and trained by some of this country’s best instructors in the business of disaster preparedness, emergency management and emergency medical services, in addition to many years of intense “hands on” practical experience, this has allowed Barry to create his own “BE READY” ® provident living video collection.

Brother Barry enjoys many hobbies and other skills; he has studied karate since 1968.  He’s been a member of the Harlem Woodsmen Hunting Club since 1982 and is a seasoned outdoorsman, freshwater fisherman, hunter, cold weather camper, and trains people in outdoor wilderness survival skills and disaster preparedness. Brother Barry will consult with you on growing food and homestead planning. He is a N.R.A. National Rifle Association Chief Range Safety Officer and Instructor in pistol, rifle, and shotgun safety in addition to being a firearms gunsmith and a Glock certified armorer. He  has extensive training in protective driving, transitory protection, executive safety and personal security.  He is a New York State certified EMT - emergency medical technician, and enjoys scuba diving, flying airplanes and driving BIG trucks.

In 2002 he was featured in the commemorative issue of “LIFE” magazine, titled… “In The Land Of The Free” as well as two hardcover editions of  “LIFE” books, titled “One Nation” and “Faces Of Ground Zero” for his work during the 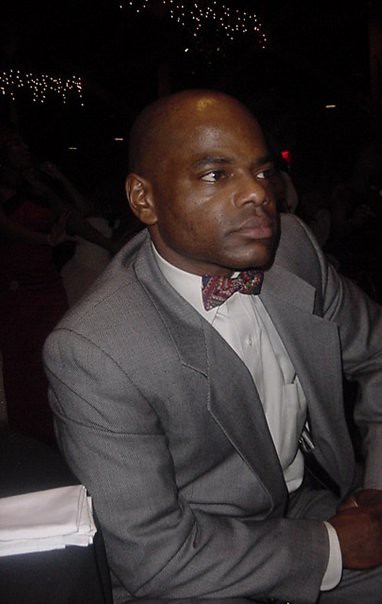 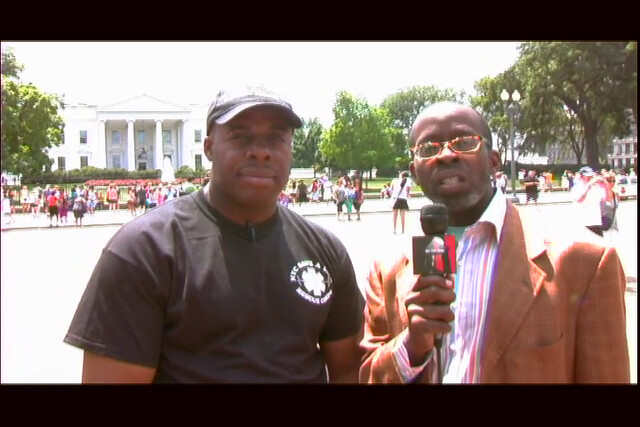 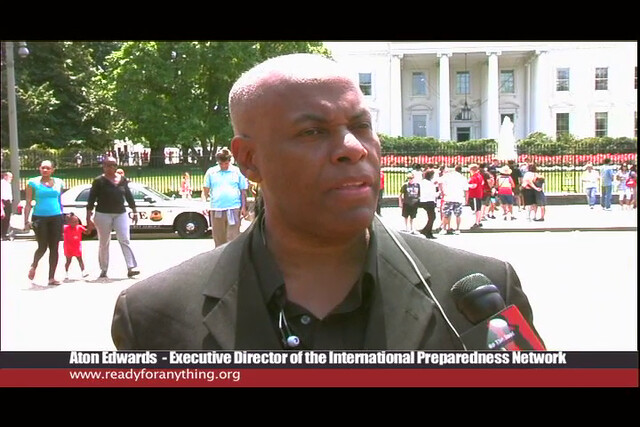 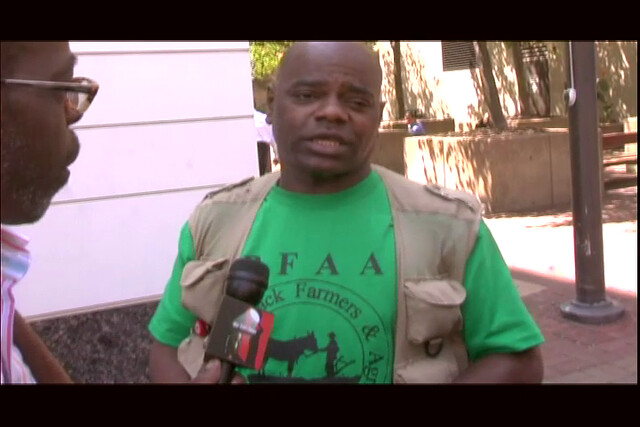